Monaco Grand Prix : PcVue more than ever in pole position !

May 24 Posted by Maddly in NEWS 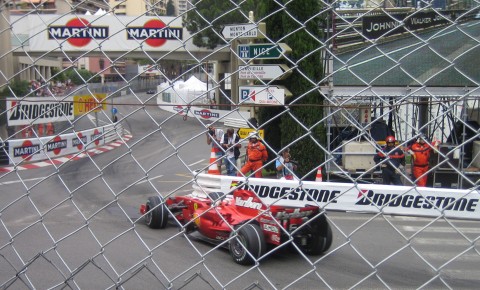 Each year the Monaco Grand Prix is one to look out for in the Formula 1 world championship. The mythical race is considered as one of the most difficult of all circuits with a 3,340 km long track laid out in the narrow streets of Monte-Carlo.

PcVue is in charge of the electrical management of the circuit, which is dismantled and reassembled every year.

The solution provides 2 PcVue Client/Server workstations, one at the race station and another in the facility of the Electrical Service of the Automobile Club de Monaco.

About 4000 points go up in PcVue from the different LVMDP/DB (Low Voltage Master Distribution Panel /Distribution Board) electrical cabinets distributed around the circuit.

PcVue also pilots among other things 4 mobile diesel generators of 640 KVA each, the largest models that can be transported on site, in case the standard power supply fails.

The application mainly monitors the power supply to the paddocks of the various pilots and the booths.

Beyond the Grand Prix, PcVue is involved in the management of many sites of the Principality. Starting with the Paris Hotel and its shopping center whose BMS is entirely monitored by PcVue collecting more than 65 000 tags.

Famous for its prestigious residencies, Monte-Carlo is the house of the world's most expensive apartment located in the Odeon Tower, managed by PcVue as well. The double-skyscraper peaking at 170 meters is the first high-rise in the city-state to be built in 35 years and the second tallest building on Europe's Mediterranean coast. The PcVue Solution covers the building management system of the impressive complex.

From the Monaco Oceanographic Museum, to the train station or the Méridien Beach Plaza Hotel, PcVue is a proud privileged partner of the city.